Cider Australia today launched the 2019 Australian Cider Awards, which recognise and celebrate excellence in cider making, as the local cider industry ramps up its focus on quality and provenance.

The ninth annual cider competition will give producers the opportunity to benchmark their products against the best local and imported ciders available for sale in Australia.

“Tom will bring a depth of expertise to the team helping us to improve and evolve our show, and we especially look forward to hearing his insights about the unique range of ciders made by our local producers with 100% Australian grown fruit”, said Mr Billings.

There are no changes to the Award classes in 2019 with twenty-eight classes to be judged covering standard cider and perry, specialty and intensified & distilled styles.

Winners will be announced at the cider industry’s annual gala dinner on Friday 8th November at The Craft & Co in Collingwood, VIC.

FULL DETAILS ON AWARD CLASSES ARE IN THE 2019 Style Guide AND RULES ARE ON THE CIDER AUSTRALIA WEBSITE.

The 9th annual Australian Cider Awards will be held in Spring 2019. It is the largest cider competition in Australia and is leading the standardisation and improvement of cider judging across Australia. The Awards received 260 entries from Australian and international producers in 2018.

Judging of the 2019 Awards will be held on 22-23 October 2019 at the William Angliss Institute in Melbourne. The panel comprises 7 full judges and 4 associates and brings expertise from across the alcoholic beverage industry including: 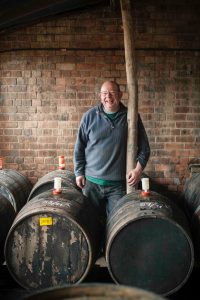